We currently have over 0 live roles

Home News Take your dietetics career to new heights – work in the UK!

Take your dietetics career to new heights – work in the UK! 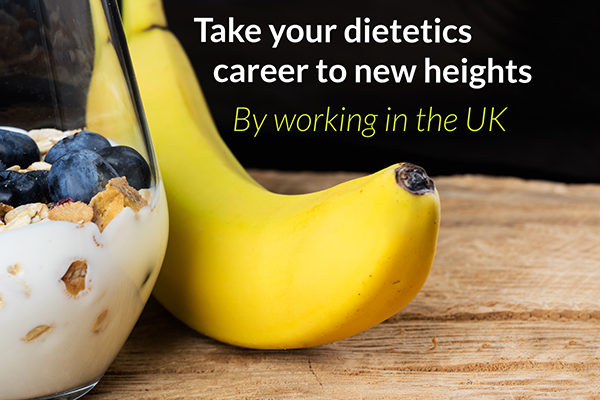 Do you dream of luscious green landscapes, exploring medieval castles and roaming the streets of London – maybe casually hopping on an infamous red bus or taking a selfie by a telephone box?

These dietitians did, and they haven’t looked back…

Aimee and Eilisha are two healthcare professionals that Your World have helped to relocate from Australia to the UK. Another thing they have in common is they were each recommended to us by friends who’d moved and found employment in the UK through Your World!

One big reason for dietitians coming to the UK is the large number of dietitian jobs available within both the NHS and private health sector. The move is particularly beneficial to those newly starting out in their career.

“I think for anyone, particularly in dietetics, a lot of the roles in Australia are contract, part-time or two days a week – we want to start earning a full-time wage,” says Eilisha. “I think it’s a great opportunity and Aussies love travelling to London - they love the UK!”

Moving to the UK

Making changes and occasionally stepping out of your comfort zone can have a big impact on your life. For some people, those steps might be taken by changing ward or hospital, other people might move to the other side of the world!

It sounds scary and like a lot of work; however, there is so much to be gained and Your World is here to help you through the challenging stuff.

“It’s been really exciting - something that’s really different to Australia. There’s been some ups and downs, but I think overall it’s been a really good experience and I wouldn’t look back.” - Aimee

“It’s been a really smooth process and I’ve secured more than one role through this agency.” - Aimee

When to Start Registration

To work as a registered dietitian in the UK, you need to make sure that you’re on the Health and Care Professions Council’s (HCPC) register.

“It can take 4-6months to come through, so it’s definitely something you want to start before you arrive here.” - Aimee

Before moving, in addition to joining an agency so you can get compliant in time, it’s definitely worth your while to start your registration process, as it can take a while to complete. Even if you’re planning to travel before starting work, it’s best to have these things prepared, so you’re good to go as soon as you’re ready.

Landing Your First Job in the UK

Finding work can happen faster than you think! In Eilisha’s case it was pretty much instant…

“I spent five years studying for something I really want. I re-did my CV, so it was suitable for the UK, and within an hour I got called for an interview, within 30minutes I sat it, and five minutes after the interview I was told I had the job! It doesn’t happen better than that.” – Eilisha

This is where starting the process in Australia truly benefits you because the moment you step onto British soil, you’re prepped and ready to jump into your first UK dietitian job.

How Does the Pay Compare?

You often hear people saying the pay is lower in the UK, but this typically isn’t the case.

“The wages aren’t as terrible as you hear, which is great because there’s a lot of conversation about, ‘oh, you won’t get paid as much in the UK,’ but it’s very close to what I’d get as a dietitian in the same band or grade.” - Eilisha

How Does Moving to the UK Benefit You?

It always catches the eye of an employer when they see you’ve worked abroad, but in addition to this, as Eilisha pointed out, you have more chance of landing a full-time clinical role in the UK than you do in Australia. This will then look fantastic if and when you decide to move back home.

“I think it definitely puts your CV to the top of the list, that you’ve been working however many years in a full-time position in hospitals.” - Eilisha

You require a certain confidence and self-assurance to move to the other side of the world and start a new life. Doing so shows that you’re capable of working with different people of various cultures, which is precisely what’s needed in a dietitian career.

“The UK’s a lot busier than many places in Australia so the patient load might be bigger and more complex, so to be able to take that back with me is invaluable.”

The Your World Experience

When you register with Your World and enquire into our overseas opportunities, you receive your own dedicated consultant who walks you through everything step-by-step.

“I feel like Your World is very organised and efficient – my queries are always answered. I’ve never had any real issues with the roles that I’ve had.

With the roles that I have been in, everything’s been organised properly; I’ve had no delays or anything like that with pay, and I just feel like the consultant was always on my side, advocating for me and looking out for me.” – Aimee

Once you’re in the UK and seeking work, be that on a permanent or locum basis, you’ll have an array of opportunities available to you across the country – you could even hop from city to city (or the countryside, if that’s more your thing) as a locum!

Have a browse through some of our current dietitian jobs or email Laura Goodmaker for more details on opportunities within the UK.

Alternatively, get in touch with the Your World International Team and find out more about our opportunities overseas.

Watch Aimee and Eilisha’s full testimonials on our YouTube channel.

Are Nurses better off in the UK or Australia?

Comparing Healthcare: The UK vs. Australia

Why Speech Pathologists Should Make the Move to the UK

From Australia to the UK: An OT Candidate’s Adventure

What to Expect When Moving to the UK

We're moving on up! Here's our new office address...

YW Australia has moved to a new office in Barangaroo! Find out more...

How to get your radiation licence

12 points that sum up a radiographer’s day

How many of these can you check off?

See how using a healthcare recruitment agency can enhance your search for the perfect aged care job!