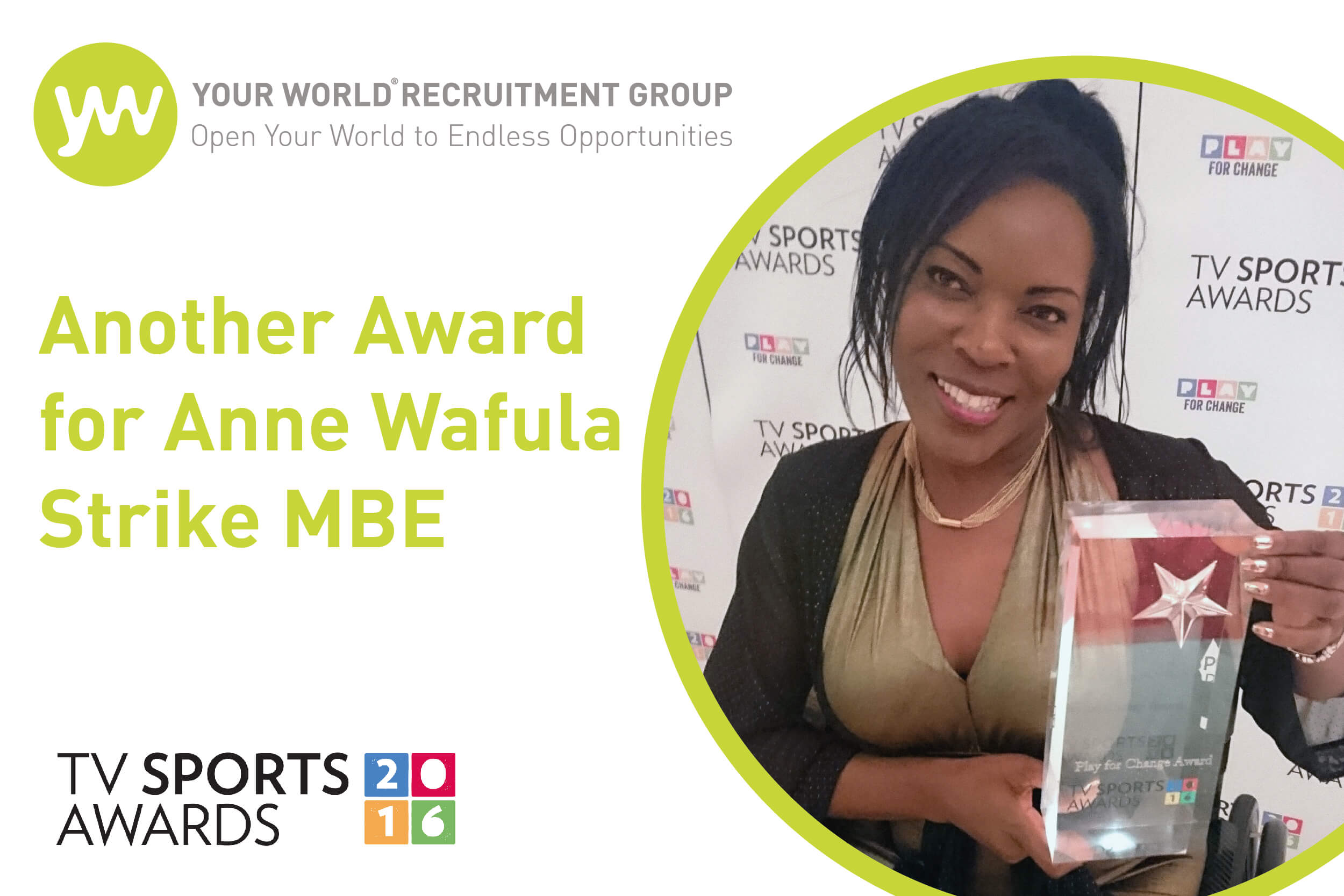 Paralympian, Anne Wafula Strike MBE, has been awarded the ‘Play for Change’ award at the TV Sports Awards 2016.

Wafula Strike has been presented with the Play for Change Award because of her outstanding work with charities that support disabled and vulnerable children.

Born and raised in Kenya, Anne developed Polio at the age of two years old, which left her disabled. She went on to become a well-known Paralympian, patron for AbleChildAfrica and founder of the Olympia-Wafula Foundation. These organisations support and fund sports campaigns and projects to benefit disabled children. Your World Healthcare has been supporting Anne’s career and the Olympia-Wafula Foundation since 2012.

The ceremony is supported by SPORTEL and took place at the same time as the annual SPORTEL Monaco Convention, which was attended by multiple sporting legends and high-profile sporting personalities and media professionals.

Anne received her award on 24th October 2016 at The Fairmont Hotel in Monaco and gave an acceptance speech in which she said:

‘I’m honoured to accept this award as a Paralympian, especially on World Polio Day as a polio survivor. I would like to dedicate this award to the children at AbleChildAfrica and the Olympia-Wafula Foundation.’

We caught up with Anne who told us: 'I'm still speechless, I can't believe I won. It was great meeting football stars such as Fabio Capello.'

Your World Healthcare is thrilled for Anne and sends congratulations from the entire team here!

To find out more about Anne, visit www.ablechildafrica.org and www.olympia-wafulafoundation.org.