Environmental Sustainability in Our Healthcare 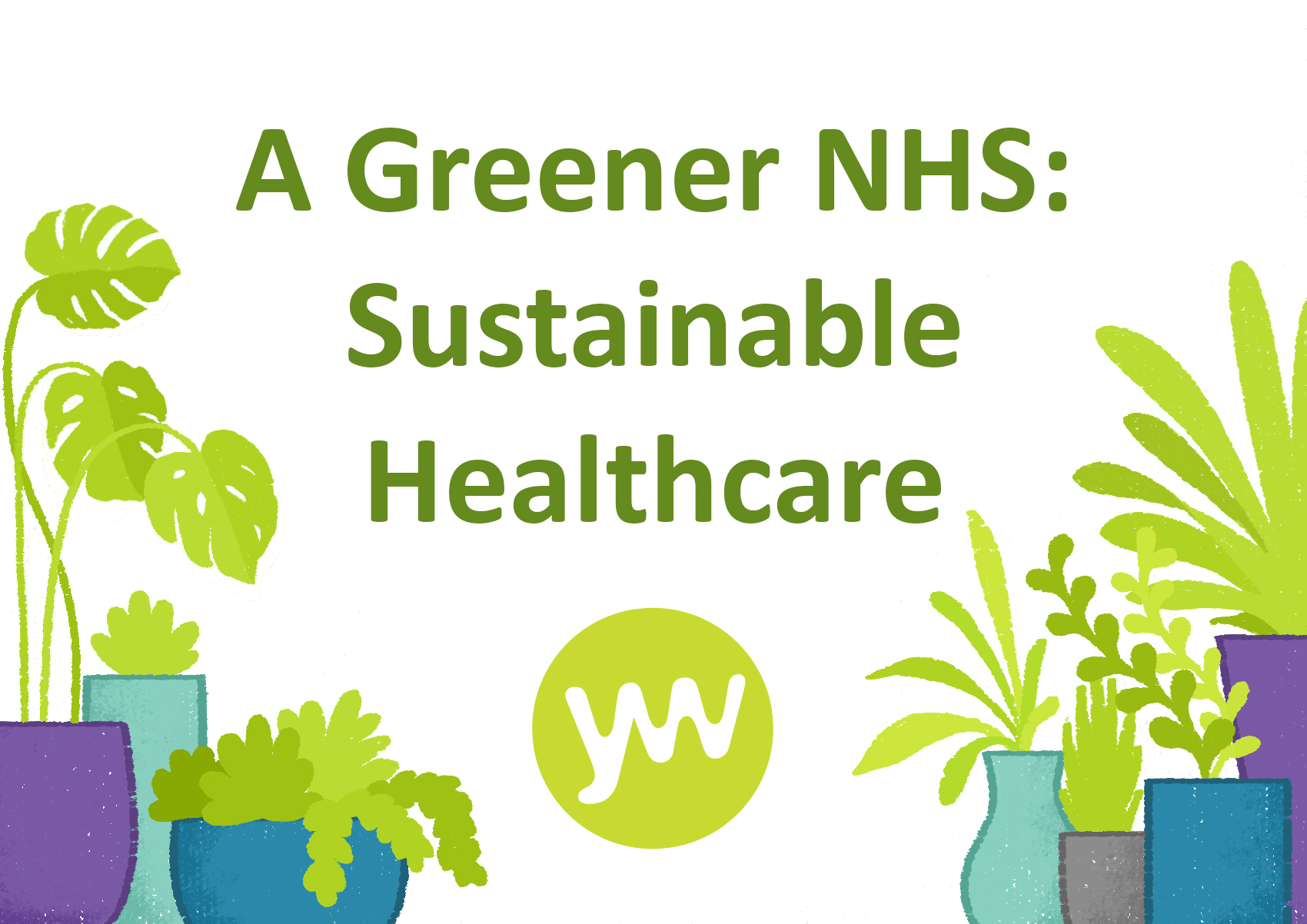 We all know that climate change is one of the biggest threats to modern life and brings about considerable repercussions to public health. And while there are changes that we can all make to our everyday life, such as eating more plant-based foods, reducing our use of cars, or flying less – a substantial change has to come from large organisations.

Healthcare organisations worldwide are already dealing with the health impacts of climate change, but they also need to be part of the solution. The NHS is the largest employer in Europe and one of the UK’s most energy-intensive organisations, responsible for around 4% of our carbon emissions. But the NHS is committed to creating greener ways of delivering healthcare and has been tackling carbon emissions for the last ten years.

“While the NHS is already a world leader in sustainability, as the biggest employer in this country and comprising nearly a tenth of the UK economy, we’re both part of the problem and part of the solution...Indeed if health services across the world were their own country, they’d be the fifth-largest emitter on the planet” Sir Simon Stevens, NHS Chief Executive

Why is sustainability important in healthcare?

Our already over-burdened healthcare services will face more pressure and more demands as the impact of climate change increases. Nearly every issue that climate change raises brings about a direct threat to human health.

From more intense and more frequent heatwaves causing crop failure and heat stroke to an increase in hurricanes, flooding, and fire seasons - our weather has a significant impact on public health.

Alongside this, a rising global temperature is affecting the ways or places where plants can grow and where many animals can eat and live – including various ticks and mosquitos that carry very infectious and dangerous diseases. A lack of space or fertile land also means that more animals of varied species are coming into contact with each other, each carrying different pathogens. When these pathogens are spread between species, there is a risk of infectious diseases leaping to humans – as has been the case in several epidemics and pandemics, including Covid-19.

Air pollution is another major issue related to climate change. Long-term exposure to low-quality air can cause cardiovascular and respiratory conditions as well as lung cancer.

How to make healthcare more sustainable

The NHS has already made substantial headway in becoming more environmentally friendly and have made further commitments for the future!

In 2020, the NHS launched their Greener NHS Campaign and published their commitment to becoming ‘Net Zero’ for carbon emissions by 2045. Here are some examples of the steps that the NHS has taken so far, and what it plans to do next:

Technological Transformations: In Primary Care, a widespread increase in digital technology has improved efficiencies and help to save on environmental resources. While this digitalisation was already on the horizon, the need for social distancing has certainly sped up efforts to adopt technology! The pandemic has seen an upsurge in registrations for the NHS App, NHS Logins, e-prescriptions, and remote GP appointments. This impacts both the direct and indirect carbon footprint of Primary Care by reducing the use of paper and CO2 emissions from patient travel.

Zero-Emission Transport: In 2019, Newcastle Upon Tyne Hospitals NHS Foundation Trust trialled a zero-emission medical courier service using electric cargo bikes to transport items, including medical specimens, between NHS services throughout Newcastle. Over the three-month trial, the Trust saved on carbon emissions and thousands of pounds. They also helped the air quality by reducing their contribution to air pollution and saved on parking spaces in their delivery bays.

Making the Most Out of Our Resources: Many NHS organisations have been looking at how they use energy and other natural resources to create sustainable and efficient changes for the better! Here are just a few examples:

In reducing the use of plastic gloves in 2019, Great Ormond Street Hospital has saved 21 tonnes of plastic and £90,000. It’s also improved their staff’s hands!

The Isle of Wight NHS Trust is working with water specialists to monitor water consumption by fitting meters with automated reads for accurate monitoring.

Guy’s and St Thomas’ NHS Foundation Trust use energy-efficient technology which captures the heat made when generating electricity which can then be used throughout the Trust. These combined Heat and Power engines have saved over 11,000 tonnes of carbon dioxide from being produced so far and saved the Trust nearly £2 million in energy costs!

In becoming ‘Net-Zero’, the NHS is upgrading to energy-efficient LED lighting across all sites and are establishing a shift to on-site renewable energy and heat generation to replace all coal and oil heating systems.

Changing Behaviours: In 2014, Barts Health NHS Trust piloted Operation TLC, which saw staff making it habitual to turn off equipment when not in use, switch off lights, and close doors. This was then adopted by 12 other NHS Trusts within the first five years of Bart’s pilot; this has saved 2,600 tonnes of carbon emissions and over £600,000! Other benefits included a 25% reduction in patient privacy intrusions and 33% fewer sleep disruptions.

The NHS aren’t the only organisation doing their bit for the environment! Last year, Your World made our own commitment to going greener. Click here to find out what we’ve been doing to help the environment!