We currently have over 3773 live roles 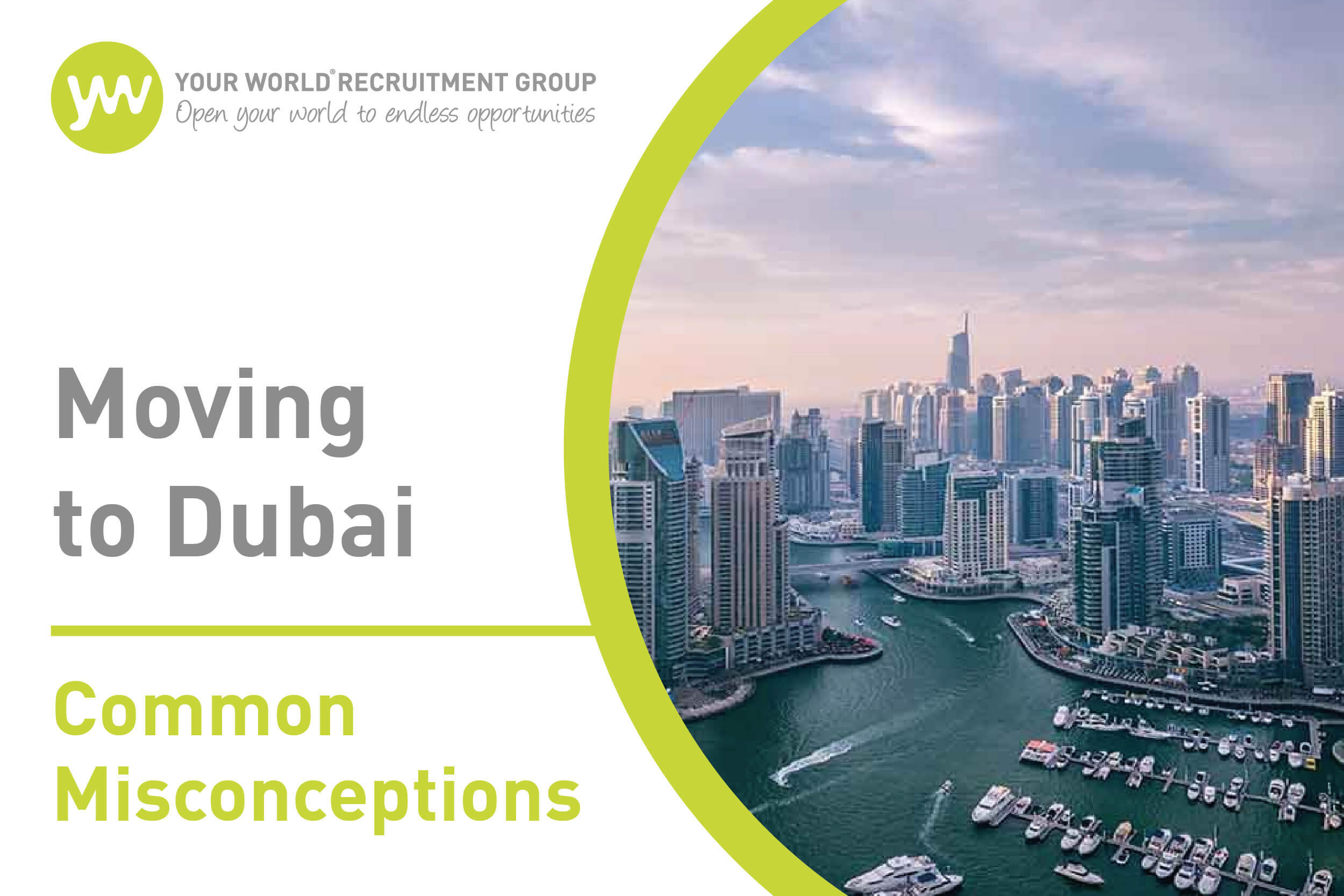 With a thriving economic industry, exciting city life, refreshingly different customs and picturesque landscapes, it’s no wonder so many people are starting a new life in Dubai.

However, the thought of up-rooting to a city so different to those of the western world is just too much for some less daring adventurers. The extravagant yet more conservative lifestyle within Dubai is enough to deter some people from making one of the best decisions they could ever make.

Do you fit into that category of uncertainty? Let us help to put your mind at ease…

Dubai is too conservative for women!

Contrary to belief, Dubai is not as conservative as people think. Provided you respect their religious customs and dress appropriately citizens are more tolerant than you might expect. Women are very safe travelling around Dubai on their own!

You can’t drink in Dubai

Again, this is a common misconception that turns many westerners off of moving to Dubai. It is true that Emirati people don’t drink alcohol for religious reasons, but there is a thriving community of non-Muslim citizens for whom alcohol is accessible. Certain bars and specific shops with licences to sell alcohol cater to the needs of non-Muslims from all over the world.

You have to adhere to a dress code

Emirati people are actually more lenient with what you wear than expected. The nationals will stick to traditional clothing but visitors and expats are allowed to wear whatever they want, provided they are respectful. Within public places like shopping malls etc., you should keep your shoulders and knees covered and not wear anything too revealing.

Most expats will tell you that on the beach or in swimming pools, you can wear bikinis freely.

You can’t eat pork in Dubai

As with alcohol, Muslim people will not consume pork for religious reasons but it can be purchased in the ‘western section’ of some supermarkets. So don’t worry, you can still enjoy your bacon sandwiches on a Sunday morning!

It’s too expensive to live in Dubai

One of the most appealing aspects of moving to Dubai is the affordability. Many people see the extravagant lifestyles of some of its citizens and assume that living in Dubai is only for the very rich. Dubai actually offers fantastic financial benefits to expats, with many employers providing financial help that UK employers wouldn’t dream of.

In fact, after a while you’ll wonder how you ever survived in a western city like London in the first place! According to the Expat Explorer Survey carried out by ‘HSBC Expat’, Over 75% of people moving to the UAE found they had more disposable income than they did in their home country and almost a quarter were able to purchase a property as a result!

You know the saying; nothing ventured, nothing gained. And what a shame it would be to never gain the wonderful experience of living in a city as magnificent as Dubai. So speak to Your World Healthcare about our exciting opportunities for relocating and find out what the city can offer you… we bet it’s more than you think!