'Paralympians are Likely to Miss Rio' 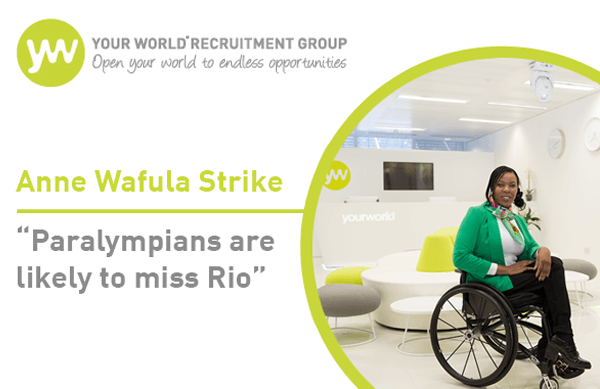 Your World began supporting Paralympian, Anne Wafula Strike, back in 2012 and continues sponsoring the Olympia-Wafula Foundation to this day. The 2016 Rio Olympics have now come to a close with a fantastic performance from the GB Team so we are all bursting with pride and very much looking forward to seeing how our talented Paralympians perform. However, Strike has a bone to pick with Brazil’s Paralympics budget planning.

According to Strike, ‘athletes from 50 of the world’s poorest nations are at risk of missing the Paralympics in September because the organisers have not yet paid travel grants.’

The Kenya-born athlete is heartbroken by the poor organisation on Brazil’s part. She said: ‘I can’t imagine the shock that has hit the affected athletes. They have worked for four years, made the teams and sacrificed so much – only to be told they are likely to miss going to Rio after all, because money intended for the Paralympics has been spent elsewhere.’

Read the full article, featured on The Guardian website, here.