We currently have over 4148 live roles

Home News What is the NHS Digital Academy?

What is the NHS Digital Academy? 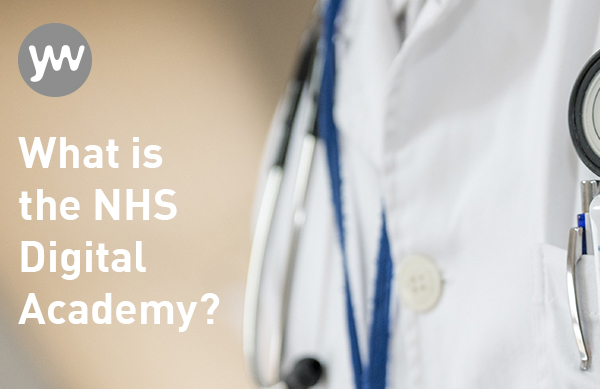 We live in a technology centred world. Everything around us is constantly evolving, developing and growing, including phones, cars and companies. Amazon is now using drones to deliver parcels and have opened a check-out free supermarket!

So why should the healthcare industry be any different?

It’s not to say that technology should come in and replace people, however, imagine the support and chance of greater accuracy that could be offered with the assistance of technology?

The NHS Digital Academy is the NHS’s first nationally funded programme of health informatics training. It has been set up in response to observations made by Health IT expert Professor Robert Wachter, who stated in his 2016 report: ‘for the National Health Service (NHS) to continue to provide a high level of healthcare at an affordable cost, it simply must modernise and transform.’

He also said that the NHS has ‘a lack of professionals – namely CCIOs and CIOs – that can drive forward the transformation agenda enabled by informatics and technology.’

The Academy’s target is to train over 300 digital leaders over the next three years. These digital leaders will be the pioneers for the digital innovation happening within our nation’s health service.

Why does the NHS need to digitise?

It’s vital the NHS digitises so that patients are receiving the highest possible levels of care and staff have access to the relevant information they need to perform their jobs in the best way possible.

As stated on the NHS England website, it’s a ‘key means by which we will achieve a safe, convenient and personalised health and care service.’

Who is involved with the NHS Digital Academy?

Following a highly competitive process, Edinburgh, Imperial College London and Harvard Medical School have been selected to lead its development and will provide virtual masterclasses in leadership and digital.

Rachel Dunscombe has been appointed the Academy’s Chief Executive and is also the Director of Digital for Salford Royal NHS Foundation Trust.

Applications for the NHS Digital Academy opened this September (2017). We look forward to seeing how things progress!