We currently have over 4790 live roles 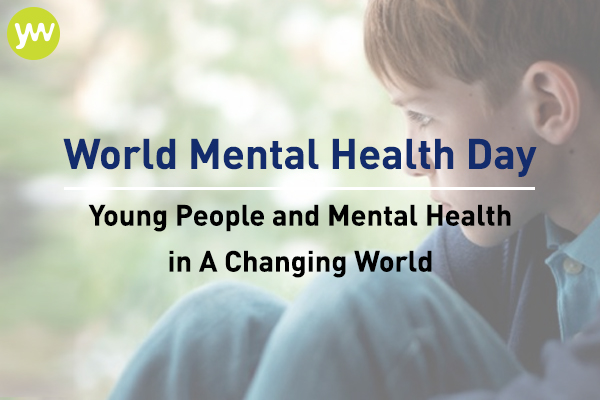 We live in an ever-changing world that is fast-paced and high-stressed. As a young person, you go from one exam to another and are then almost made to feel like you have to go into further education, which brings along endless stresses of its own. This is without taking into consideration homelife, the school environment, additional stressors like gender discrimination or trauma, and technology, which gives us access to 24/7 news and social media.

It’s because of factors such as these that mental illness in our younger generation is on the rise. Mental health referrals in children under 18 increased from 157,000 in 2013-14 to 198,280 in 2017-18. At least one in 10 children are thought to have a diagnosable mental health condition, and the UK’s Child and Adolescent Mental Health Service (CAMHS) don’t have the means to support them properly. This isn’t for lack of trying, those working within children’s mental health services couldn’t be working harder, but they can’t cope with the volumes coming through the doors. Some services have been limited to only treating the most severe cases, such as children and young people who suffer from psychosis.

To see some personal stories and find out more, try watching Panorama: Kids in Crisis.

Why is mental illness on the rise in young people?

The world we live in offers access to more information than we’ve ever had before. Technology tells us everything that is going on around the globe, from elections and natural disasters to wars and even celebrity diets. Yes, these things are accessible to older generations too, but those of a younger age are much more impressionable.

The internet has also opened many more platforms for bullying to take place – it’s no longer restricted to the playground.

“Bullying is still an integral part of the social structure of schooling, which today has transferred itself into the realms of internet abuse and grooming. Access to unpoliced sites can exacerbate young peoples’ vulnerability and isolation. The manipulation of their fragilities can cause untold emotional damage”, says Rob Bayley, a long-time campaigner for leading mental health charity, Sane. Rob has lived with a diagnosis of paranoid schizophrenia since his early teens.

“In the eighties, when I was diagnosed with schizophrenia, there were a lot of problems surrounding drug abuse, which people were unaware could precipitate psychoses such as Schizophrenia and Bipolar Disorder. Today, many more teenagers have to cope with crippling anxiety and depression, which they self-medicate with substances that contain properties that are unpredictable and can powerfully derange.

The media and its unhealthy preoccupation with body image, wealth and celebrity, are a recognised source of the instigation of self-loathing, low esteem and, ultimately, behaviour changes such as self-harming. These insecurities can manifest themselves into mood disorder, especially when combined with drug abuse as an attempt to escape from reality.

Society is becoming more open to discussion, removing stigma and alienation. However, as communication improves, so do the demands upon children and young adults. Their unlimited access to disturbing sites on the internet and social media only increases their alienation, thus necessitating the need for constructive empathy and guidance. It is crucial to provide this during formative years, breaking a chain of increasingly distressing symptoms. This can come in the form of therapy in schools and the encouragement of physical exercise and creative endeavour. This emotional outlet can save lives.”

How can you tell when children and young people have mental health problems?

It depends on the type of mental illness, but common observations you might see include:

Read our article on knowing when it's time to seek help

What support is on offer?

The first place to turn is the GP. If they believe help is beyond their capabilities, they will recommend a referral to CAMHS, where there will be access to a variety of mental health professionals.

The idea has typically been to seek help as soon as possible to prevent those with mental health issues from getting worse.

Chloe Bernard, Marketing Assistant for Your World, has had her own experience with a CAMHS nurse and NHS dietitian in the early stages of an eating disorder to prevent the need to be hospitalised – this was back in 2010/2011.

“It scares me to think of how different my situation would have been if I was seeking treatment now. I was fortunate that everything happened so quickly for me; I went straight from the GP to CAMHS and my dietitian and was able to improve my health enough within the space of nine months to get discharged and go to university.”

There are CAMHS units who aren’t able to provide a service where they can help those with less severe mental illnesses, as they don’t have the staff to handle the number of young people needing support. However, this means that children who once had manageable symptoms aren’t getting the assistance they need, so become worse and even to the point of needing sectioning – steps that may not have been necessary if help was received early on.

According to BBC’s Panorama, only one in four children with a mental health condition is currently receiving treatment. Within the same documentary, a letter leaked from Waltham Forest Service in London said that at one stage, they were only giving treatment to the most seriously ill, for example, those with psychosis.

How are those within mental health services coping?

“The nurses I am speaking to are saying that caseloads are increasing but staffing levels are not due to budget cuts, and there is a definite shortage of specialist CAMHS staff. Referrals have doubled over the last year, and most cases are not seen in a timely manner, unless urgent with risk to life.

When I’ve asked mental health professionals about the rise in children’s mental health issues, I’ve received a mixture of feedback regarding who’s at fault. The vast amount say that the parents are to blame, as well as modern technology and the power of social media.

I think the only way they cope with the pressures is merely because they have to! Although stressful at times, they are passionate about their job, and they manage so well.”

How to become a CAMHS nurse

Has World Mental Health Day inspired you to look into a career within CAMHS?

Find out more on the NHS Health Career’s website.

CAMHS nursing jobs at Your World

If you’re looking for a new CAMHS opportunity, Your World has a variety of mental health nursing jobs in London and throughout the UK.

To learn more about our jobs for CAMHS practitioners and other mental health nursing jobs, speak to Sammy and the team on 020 7220 0827 or head to our Mental Health Nursing page.

Resilience, Nursing and You

Nursing Burnout: you bet it's a real thing!

How Can I Deal with the Stressed Parents of Sick Children?